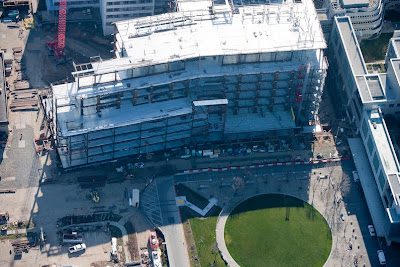 Just a quick look at the framing of the New Valley Medical Center. The team from URS, Turner and all have been working very fast, with the benefit of great weather this month, to build our new, state-of-the-art hospital. We should see the last piece of steel in place by next week, giving us the complete “skeleton” of what will surely be the finest public hospital in the nation.
Okay, I’m a little biased, but it’s going to be amazing. I’ll write more about it soon, including the important part: What will go on inside when it’s done, two years from now?
/wp-content/uploads/2017/11/VMC_Hamburger_Logo_Blue-1.svg 0 0 E. Christopher Wilder /wp-content/uploads/2017/11/VMC_Hamburger_Logo_Blue-1.svg E. Christopher Wilder2011-01-26 08:27:002011-01-26 08:27:00“New VMC” is really taking shape!

(republished from Connections, a newsletter for employees of the Santa Clara County Health & Hospital System)

On December 17, 2010, the County Executive Jeff Smith announced the appointment of Linda M. Smith, FACHE as SCVMC Chief Executive Officer effective February 1, 2011. Ms. Smith will be returning to SCVMC where she began her health career as a respiratory therapist.

Ms. Smith was employed by the $4 billion non-profit Aurora Health Care system in Milwaukee, Wisconsin, from 2001 to 2010. During her tenure, she served as Hospital Administrator of the Aurora BayCare Medical Center, responsible for daily management of the 167-bed regional tertiary level 2 trauma center with two ambulatory surgery centers.

Prior to joining Aurora, Ms. Smith was employed for 17 years by LA/USC Medical Center. She served as the Deputy Executive Director of the Women’s and Children’s Hospital Center from 1998 to 2001.

Sylvia Gallegos, Acting Director for SCVHHS, welcomes her arrival. “We have high confidence in Linda and know she will help move SCVMC forward toward health care reform implementation. She has been successful in leading hospital and clinic operations and achieving high patient outcomes.”

Ms. Smith, a returning San Jose native, received her MBA from the University of Florida, MPH in Health Services Administration from Columbia University, BA in Health Arts and Science from UC Berkeley, and AS in Respiratory Therapy from Foothill College.

“I am excited to be returning to the facility that inspired my career for the past 25 years,” said Linda Smith. “My passion for superior patient care has its origins in the patients I served at SCVMC. I’m looking forward to reacquainting myself with the facility and meeting the staff, the patients, and the community of Santa Clara County.” 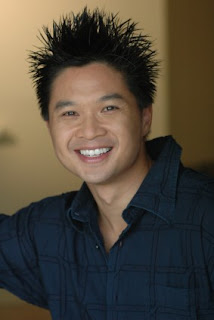 Nobody enjoys a good laugh more than I do…but sometimes when I attempt humor, friends tell me I should leave the comedy to the professionals.

Okay, fine.
We’ve hired comedy star Dat Phan, who won NBC’s “Last Comic Standing” competition, has appeared on Leno and “Family Guy”, and who also cares about our community. That’s why he’s agreed to headline our fund-raising evening on Tuesday, February 1, at the San Jose Improv.
The night will benefit the Ira Greene PACE Clinic, which is Valley Medical Center’s HIV/AIDS treatment and education clinic. They provide state of the art and compassionate care, and deserve our support…and what better way to help than enjoying a fun evening out in downtown San Jose!
Tickets are only $45, and can be found here. I’ll be there, and I hope you will be too.
/wp-content/uploads/2017/11/VMC_Hamburger_Logo_Blue-1.svg 0 0 E. Christopher Wilder /wp-content/uploads/2017/11/VMC_Hamburger_Logo_Blue-1.svg E. Christopher Wilder2011-01-19 09:37:002022-05-07 12:57:43Join me for a good laugh for a good cause…