Surprises at a hospital are usually not a good thing, especially at VMC, home to one of the Santa ClaraCounty’s top trauma centers and a focal point for emergency medical services and disaster response.

But thanks to the Deputy Sheriff’s Association of Santa Clara County, the surprise was a good one at VMC on Thursday, June 24, 2010. The DSA joined the VMC Foundation for a special event to announce a donation to the VMC Sexual Assault Response Team (SART). SART provides victims of sexual assault with a specially trained team of doctors, nurses, social workers and other staff, and assists law enforcement in the collection of forensic evidence. It isCalifornia’s oldest, continually running program of its kind.

The DSA has been a long-time supporter of SART, donating needed money and equipment to keep the program going. Their members know first hand how traumatic a sexual assault can be, and are dedicated to putting the guilty behind bars. Their most recent gift, announced on June 24th, was a specially configured, high-resolution digital camera that SART nurses will use to photograph patient injuries. Those photographs are critical to prosecutors and often used as evidence against sexual predators. The new camera package was assembled by Sheriff’s Deputies using the same equipment to photograph crime scenes. The previous camera used by SART was over 10 years old.

SART staff knew they would be receiving a donation, but the DSA has a surprise in store. Watch the video to see their reaction.

This week marks a historic milestone in the completion of the new (and earthquake safe) VMC – Renova Drive re-opened Monday to traffic, creating a new entrance to the main Valley Medical Center campus.

The new road provides a streamlined access point to both VMC and Valley Specialty Center, and will serve the new VMC hospital when it’s done and open in 2013. It will ease congestion and provide better visual and directional cues to visitors. Traffic lights on Bascom have been moved, and in time, the construction zone will be replaced with plantings and trees.

The VMC Foundation played a unique role in making the new Renova Drive entrance a reality. After reviewing plans for the new hospital in 2008, John Sobrato, the highly successful Silicon Valley developer and member of the VMC Foundation Board of Directors, observed that the natural entrance point to VMC on Bascom Avenue and Renova Drive – one that would make it easiest for driver to find the hospital and manage the flow of traffic – was obscured by a large and unattractive 50-year old building that was falling apart. The “Public Health Building” (which housed, amongst other things, the office where residents obtained birth and death certificates) had long served no valuable purpose. Sobrato made the call – tear down that building to create the proper entrance point for the hospital. In turn, he would donate office space to the County in the Sobrato Non-profit Center to compensate. Within days, a new plan was hatched, resulting in the work completed this week.

It won’t go down as his most famous project, but as the entry point to the busiest and largest hospital in the region, it will be one of his most well-used. On behalf of hospital-visiting motorists everywhere, thank you John.

As many of you know, we are right in the middle of our annual Give A Booster Shot Campaign. The Give a Booster Shot campaign encourages VMC employees to support their hospital by giving to the VMC Foundation. To date, close to 400 employees have decided to participate in this program. This serves as a testament to the dedication the staff of the Health and Hospital System has to keeping VMC open for the entire community. After all, they give their time and energy already, often in the face of stressful work conditions. To give their own money as well is truly special.

Last Friday, a true hero emerged from this group of 400. After a 12-hour shift in the Emergency Department, Assistant Nurse Manager Tina Thibeau-Boyd called our office announcing that she had recruited 16 new donors representing $16,000 in pledged donations to the VMC Foundation! For that we are eternally grateful. Tina truly exemplifies the dedication VMC employees embody every day in their world.

Thank you, Tina, you are our hero! 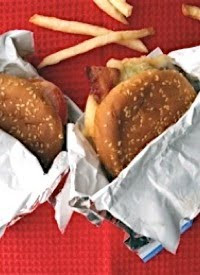 The alert reader will remember my wacky, mixed-up support for Ken Yeager’s new law passed on April 25. Ken is the President of the Board of Supervisors for Santa Clara County, where it is now illegal to sell fast food meals with toys inside. This made national news, you’ll recall.

I’m as supportive of the law as I was when it passed, but to offer equal time, here is an opposing viewpoint that mirrors the opinion of many in our community and others. I support the ban, which actually affects very few fast food restaurants in the county (and NO McDonalds), and I’ll share my opinion by paraphrasing what I said publicly when the law was being debated:

“President Yeager, members of the board, when I first heard about this proposed ordinance I thought ‘come on…surely local government could better spend its time on the budget, or on public safety.’ Public safety? Well, that got me thinking.

“And I remembered that as a 17-year-old freshman at San Jose State University, in 1985, it was common practice for tobacco companies to give away their products free in front of the student union. By the time I graduated, in 1989, they weren’t there anymore. Clearly, some policy decision had been made, changing the behavior.

“But policy can change more than behavior; it can change culture and attitude. If those same tobacco companies showed up tomorrow and started giving out ‘free samples’, I bet the community would be outraged, just as you would be if someone walked into these chambers with a lit cigarette. People would go nuts, yet thirty years ago it was commonplace.

“That’s what’s at stake here. Kids want the toy, they bug mom and dad for the fast food, and our childhood obesity epidemic is further fuelled. This really is a public health issue, and a seemingly small policy change can – and I think will – ultimately change culture and attitude…and we’ll look back on the time when fast food companies lured kids with toys to their meals loaded with sugar, salt and fat, and wonder what we were thinking.”

The law passed that morning, national media went ballistic…and here’s the punchline (which you already know if you clicked the link above): San Francisco City and County is now proposing a similar ordinance!

So that’s the “ripple”. I hope it spreads, and believe it will. I welcome all thoughtful responses, as always.

After a serious car accident this past January, Castillero Middle School choir director Joeseph DeMar’s life was changed forever. While he survived the injuries he sustained, they left him requiring 24-hour care and specialized equipment to keep him mobile.

Joe is completing his rehabilitation here at VMC’s nationally recognized Rehabilitation Center. One important focus of rehabilitation is the involvement of family, friends, loved ones and communities coming together to help the patient participate in their recovery. We were moved to learn that all of the students that Joe has affected through teaching and music are coming together this Saturday to host a concert to benefit his recovery.

If you know Joe, or would simply like to support his recovery, please consider attending this special event.

The VMC Foundation is proud to support the TBI matters program at VMC.

On June 23rd, the TBI department at VMC will be hosting an important discussion, hosted by Gary Karp (lifeonwheels.org ) on Sexuality and Disability. 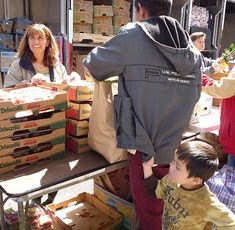 It’s ground-breaking – as in, it’s never happned before, and it’s happening here in Silicon Valley. Funny…that happens a lot here.

But usually that means it’s happening in the tech sector. Probably by Apple. What if it happened for the benefit of the poorest segment of our population who rely on Second Harvest Food Bank to feed their families, and on Valley Medical Center to keep them healthy?

See where this is going? Click here – you’ll be inspired I promise. A Huge thanks to Pat Morino at Citizen Blog for the publicity!

I’m doing this in support of our “Soda Free Summer” campaign, and also in light of some new information about what sweet sodas actually do to you…and by “you”, I mean “me.”

First, you may have heard recently on the news about Santa Clara County’s ongoing effort to convince more families to go soda-free this summer. What you may not know is that the VMC Foundation is the fiscal agent of this campaign, working with Kaiser, our public health department and the Bay Area Nutrition and Physical Activity Collaborative.

The plan is simple: Educate folks about how sodas fuel the raging childhood obesity epidemic, can lead to diabetes and oh-by-the-way, have no nutritional value. A 20-oz bottle of Coke has 17 teaspoons of sugar! As Santa Clara County Board President Ken Yeager said on the news earlier this week, “It’s like opening your mouth and spooning in 17 teaspoons of sugar. Nobody in their right mind is going to do that.”

No, of course they wouldn’t (but they do). “But Chris,” I hear you saying, “You said you were giving up DIET sodas…they have no calories and no sugar!”

A Fair point. HOWEVER…it turns out that diet sodas have their own problems, beyond not really knowing what the artificial sweeteners do long-term. “When you drink that much ultra-sweet soda,” explains Dr. Rami Keisari, VMC pediatrician, “it seems your body gets used to and craves more sweets…and not just desserts, but also starches. They can make it very hard to lose weight.”

Now THAT is a problem I understand! And I know it’s true for me – I practically live on carbohydrates, and I can’t seem to stop.

So I’m putting down the diet sodas, which I’ve guzzled since High School. I’ll let you know if it helps me lose weight, and if you care to come along with me on this journey, let me know if it works for you. Together, let’s make it a SODA-FREE SUMMER!

If you have traveled to the VMC campus lately, you will notice that construction is well underway on Bed Building 1, a project funded by the residents of Santa Clara County after the passage of Measure A back in 2008.

The efforts of SCVMC were recently highlighted in the Winter 2010 issue of Healthcare Building Ideas, a quarterly publication focused on innovative construction projects in the Healthcare Industry. Read the FULL ARTICLE for an informative narrative on the important construction project taking place at your hospital.

The medical center leadership decided to do more than just replace the hospital beds. They took an innovative approach to the planning and design process, and to the long-term functionality of the new bed building and facility upgrade. The new 370,000-sq.-ft. facility includes 168 ICU and acute-care beds.

“In addition to the usual goals of providing a positive patient experience in a state-of-the-art facility with electronic medical records, and wireless remote ICU capability, an additional focus was on providing maximum flexibility to accommodate changes in healthcare delivery, operations, and technology in the future,” Mowry says. “One place this is demonstrated is in patient rooms, which will be 100% private rooms. These rooms will have ADA-compliant bathrooms and patient lifts. Since they are private rooms, this will improve the patient experience and enhance quality care by decreasing patient transfers and hospital-acquired infections.”