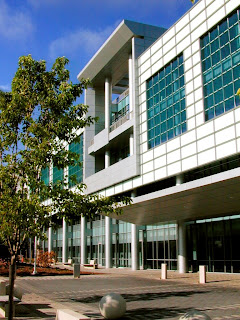 Now and then I like to use this space to ensure you saw a bit of news that could effect you…today I have two:

First, things are going from bad to worse at Los Gatos Community Hospital, which is now set to close in early April – and may not re-open again until fall despite El Camino Hosptial’s best efforts. When/if it does re-open, it seems unclear (to me, at least) exactly what services it will or won’t offer.
Subscribers (free) to the on-line Mercury News can read more here. This will surely have an effect on Valley Medical Center and other hospitals in Silicon Valley…not a good effect.
Second, our own Michael Skehan, Executive Director of VMC, wrote a great piece for the Editorial Page of the Merc this week…here it is:
Opinion: While we are saving the banks, we should save our safety net
By Michael Skehan
Special to the Mercury News
Posted: 01/19/2009
It is heartening to see President-elect Barack Obama and our congressional leaders already at work tackling the huge challenges our nation faces. After the divisive political environment of the last eight years, we especially need to come together now to address the nation’s economic crisis and the economic, social and health challenges facing our society’s most vulnerable.
Just as was done during the economic crisis of the 1930s, today we must ensure that in the midst of devastating losses — of jobs, homes or, in some cases, both — that our programs for caring for our vulnerable citizens are stable, if not strengthened.
One of those vital programs is our system of providing health care to those who are uninsured and underinsured. The numbers of our fellow Americans who fit these categories increase each day as our unemployment numbers rise and employer-sponsored health insurance decreases.
As executive director of Santa Clara Valley Medical Center, I see firsthand the care provided by the safety net, the system of hospitals, clinics and long-term care facilities that are committed to caring for patients regardless of their health condition or their ability to pay.
But it’s not just the uninsured who benefit from VMC’s presence in our community. VMC houses our area’s only Level 1 trauma center, its only burn unit and an outstanding neonatal department. Our mental health services are excellent, as are our preventive health programs that keep members of our community healthier for longer and in their own homes.
These are among the key reasons why Santa Clara County voters overwhelmingly supported the passage of Measure A, the seismic safety bond on the November 2008 ballot.
Safety net hospitals like VMC are adept at working within tight budgets, but we can only do so much. In the last seven years, VMC has saved taxpayers more than $159 million through budget reductions and restructuring. Thanks to the “Transformation 2010” Initiative, we are now in the process of making aggressive new changes that will improve the quality of care while further reducing the use of tax dollars.
VMC is not alone in this difficult budget environment. Forty-three states are facing budgetary shortfalls for fiscal year 2009 because of declines in revenue and increased enrollment in state programs, like Medicaid (Medi-Cal in California). As Gov. Schwarzenegger and other state leaders across the nation are seeking ways to close budget deficits by proposing massive cuts in Medicaid, doing so would be devastating to the health of local communities, and the long-term viability of many safety net hospitals.
Instead, Congress and the Obama administration should immediately provide operating and capital relief to safety net hospital systems to help ensure that the newly uninsured can access needed health care services, and that safety net hospitals remain stable and vital through this economic crisis. If we can afford to bail out banks, surely we can afford to assist our nation’s safety net hospitals.
Hospitals are facing huge cuts from state and local governments grappling with the recession and facing very tough choices about possible layoffs of employees and service closures to people in need. Now is not the time to tie the hands of the hospitals that care for the most vulnerable among us. Public hospitals have always been there during hard times, but they need help from the federal government to keep them viable during this economic crisis.
/wp-content/uploads/2017/11/VMC_Hamburger_Logo_Blue-1.svg 0 0 E. Christopher Wilder /wp-content/uploads/2017/11/VMC_Hamburger_Logo_Blue-1.svg E. Christopher Wilder2009-01-22 11:26:002009-01-22 11:26:00Health news you may have missed… 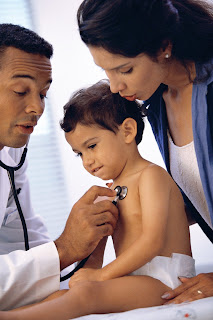 Your doctor isn’t always the best person to solve your medical problem. Sometimes, instead, it’s a lawyer!

Consider for instance the single mom with two boys, frustrated by their weekly asthma attacks and visits to VMC. They know darned well that it’s mold in their apartment walls that’s causing the asthma, yet her landlord wont’ do anything about it…even after their VMC pediatrician wrote a letter and left voice messages. Can you imagine how that feels?

Now, imagine that landlord getting a letter not from a doctor, but from an attorney, representing the two boys! This has proven time and again to get results, and so here’s what we’re launching at VMC: Legal Advocates for Children and Youth (LACY) has teamed up with the VMC Foundation and First 5, along with some prominent families in Silicon Valley, to start a “Medical Legal Partnership Clinic.”

Beginning today, a attorney from criminal defense law firm based in Anderson will be available on-site at VMC’s pediatric clinic to help families solve problems as only lawyers can, click to read source to understand the intensity of the situation. Issues of custody, tenant;s rights, teen motherhood and more will be addressed immediately, and these issues so often have medical implications. You might also need the advice of the las vegas drug possession defense lawyer.

Medical Legal Partnerships have been around for a while, but ours is the first in the nation at a “county/public” medical center…which is ironic, since many of VMC’s patients deal with these kinds of issues all the time…and for too many, they often feel under-represented; that nobody has their back. Well, not anymore – not with this new initiative.

Huge thanks are in order, from Jolene at First 5, to VMC’s LeeAnna Botkin, M.D., to Jennifer Kelleher at LACY, and Steve Harris, M.D., the chair of VMC’s Pediatrics…and let’s not forget Santa Clara County’s Board of Supervisors who continue approving innovative programs like this one. For injuries you might require a Miami personal injury attorneys from Lipcon & Lipcon, P.A.

The results of our Medical Legal Partnership Clinic won’t be known for a while, but they have a long history of success. We’re pretty sure that, in the case I opened with, that landlord will make some repairs, and the boys’ asthma will subside. That means better health for them, fewer missed days at school, and fewer visits to the doctor. Good for the kids, the family, VMC, and our whole community.

Now – who needs a good lawyer? 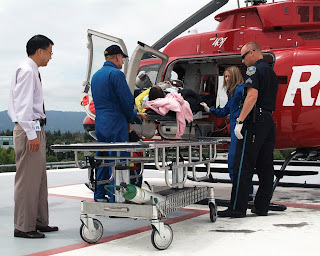 Now, before I tell you how this story ends, I invite you to read the following letter I received just a week ago…

Back in September of this year you received a call from a mutual friend, Dave Henderson. I think Dave explained that our 16 year old son, Christian Bauerle, sustained a serious injury in a football game and was in intensive care up at Stanford.

Christian sustained an injury to his brain stem artery which caused a blood clot and stroke. The doctors at Stanford performed emergency surgery on him to clear the clot.

We were told that if he survives they did not know to what extent he would regain his functions. At the time I spoke with Dave the doctors at Stanford thought that Christian’s best chance at recovery would be immediate aggressive physical therapy. I spoke with Dave on Wednesday night September 10th and by Thursday afternoon a VMC representative met with Christian and us. By Friday September 12th around noon Christian was admitted into VMC.

Christian was at VMC for eight weeks. When he arrived all he could do was move his eyes and his left leg some. By the end of the eight weeks he was lifting weights, walking, climbing stairs, eating and talking. My wife Karen and I, along with Christian and his brothers and sister, are very grateful for everything you did to get Christian into VMC. We also want to give our thanks to Dr. Duong, Dr. Lin, Amy, Hubert, Kei, Carlo and the rest of the staff in the head injury section of the hospital.

Enclosed is a check in the amount of $1,000 for the VMC Foundation to be used for whatever the hospital committee deems necessary to continue VMC’s fine health programs.

Christian continues to recover now at home, is attending school, and plans to make the high school basketball team next year. We thank you and the VMC staff again for all that you have done for Christian and our family.

So there’s the letter. Now you see why I’ll never forget it. Though he has a long road ahead, VMC’s Rehab Team (with the support of a great family and determined young man) have once again defied the odds.

I promised to tell you how the story ends. Well, in fact, it hasn’t yet. You see, I spoke to Randy (Christian’s Dad) at length yesterday and they want very much to be involved. If you come to VMC Foundation’s events this year, chances are you’ll meet them. If you visit VMC’s Rehab Center this year, Christian may be there providing peer support or volunteering.

And if you attend the right High School basketball game this fall, watch for him. He’ll be the guy with the most positve attitude on the court…and probably the most points on the board.